Larry D. Hardaway, born March 7, 1954 in Winter Haven, grew up in a still segregated city. He worked hard his entire life to overcome the constraints of the culture he saw in his childhood and build a better community.

Attorney Hardaway grew up in Florence Villa in a family of citrus harvesters. He attended the Jewett schools in Winter Haven. Martin Luther King, Jr.’s assassination took place during Mr. Hardaway’s eighth grade year. He later stated that this is when he decided to become an attorney as it seemed the most effective way to join Mr. King’s efforts to advance civil rights.

In tenth grade, Attorney Hardaway began attending Winter Haven High School during its first year of integration. He didn’t let the newness of integration slow him down as he excelled academically, athletically and socially. Mr. Hardaway was elected president of his senior class and was voted “best all-around” by his classmates. 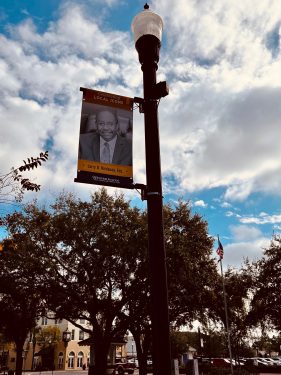 Attorney Hardaway didn’t end his education there. He attended Davidson College in North Carolina, earning a bachelor’s degree and he continued on at the University of Florida College of Law to earn his law degree. He began his career in the offices of the State Attorney and then as a Public Defender. Mr. Hardaway then opened his own private practice where carved out resources to provide free representation to clients in need earning him the Pro Bono Award in the 10th Judicial Circuit by the Florida Bar in 2000.

Attorney Hardaway’s education achievements seemed impossible to his hardworking parents who had never had the opportunity. He was grateful for every teacher and mentor he encountered. He took the opportunities he was given and reinvested into Winter Haven. His nominator told us, “Attorney Hardaway has seen the world, but he lived for his community.”

Attorney Hardaway invested in our community numerous ways including as president of the Polk County Voters’ League, serving as NAACP lawyer, and working to restore voting rights to felons who completed their sentence. He invested through monetary donations to many organizations and churches in Winter Haven, as well. 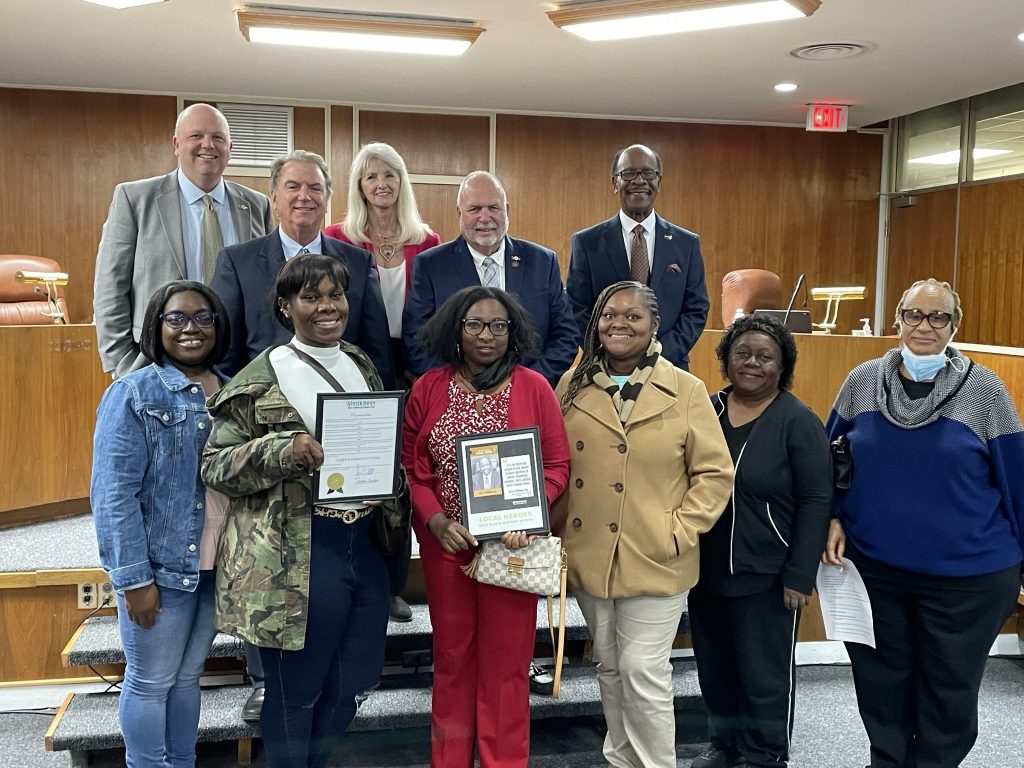 Attorney Hardaway’s biggest cheerleader and listening ear was his sister, Perry Hardaway Blocker. He shared all his innovative ideas with her, and he brought many of them to life including allowing students to work in his office each summer, sponsoring college students, and his favorite project: The Polk County Voter’s League. This organization presented a platform for everyone to come out and view political candidates.

Attorney Hardaway showed love in his daily walk. He believed in helping the less fortunate and bringing his community together. He believed if people would just love each other, we could make the world a better place. Attorney Hardaway passed away September 9, 2021 following his lifetime of civil rights activism and public service.

This week, proclaimed to be “Larry D. Hardaway Week” by Mayor Bradley T. Dantzler at the January 25 City Commission meeting, we are pausing to remember Attorney Hardaway’s life and legacy. Banners honoring Attorney Hardaway have been placed along MLK Blvd., First Street and Downtown Winter Haven. These will continue to be raised year-after-year during Black History Month as we honor our local heroes.

Black History Month began as a way of remembering important people and events in the African communities across the...
- Advertisement -
Winter Haven